Could you offer your skills and get involved in the project, if so please get in touch for a friendly chat. 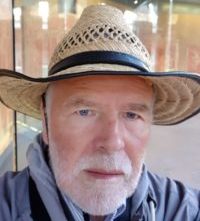 Chris was an officer of Penarth Motor & Sailing Club when the Cardiff Barrage scheme was being designed, he was very involved in the planning of the project and the integration of the different sailing organisations to combine and form the new and highly successful Cardiff Bay Yacht Club.He is an experienced sailing yachtsman and, RYA instructor.

Chris was a member of the Board of Directors of the Welsh Yachting Association for 10 years, and he was instrumental in the development of the organisation in the South and West Wales areas.

He was Chairman of the WYA for five years, until 2011, which was renamed Welsh Sailing Association under his chairmanship.

Chris is a self-employed designer of models.

Keith has lived in Barry all his life. When he left The Barry Grammar school in 1966 and went into the Accountancy. He worked in this profession for 22 years for Gordon H Down & Partners, before becoming Financial Controller for A McLay & Co Limited to date.

He has been treasurer of a number of local charities, and is the Treasurer of the OWT.

Outside activities include Scouting for 60 years, initially with the 5th Barry from 1954 to 2004, until becoming District Commissioner from 2004 to 2014 for the Barry District.

He is a committed parishioner of Merthyr Dyfan Church, having been a Warden, Secretary and Treasurer for the last 40 years.

Keith has been Secretary of the local Chrysanthemum Society.

Interests include rugby, athletics and all sports, plus visiting places of historical interest.

Nigel grew up in Barry and was an active member of Barry Yacht Club, until he moved to University. He studied Environmental Sciences at the University of East Anglia and completed a PGCE in Outdoor Pursuits at Bangor Normal College in North Wales.

For almost 30 years he was the Warden of the Oxford and District School Sailing Assoc at Farmoor Reservoir. He has been Thames Valley Regional Secretary and served a number of terms on the RYA Council. He is an International Judge for sailing and a National Umpire, as well as being a Senior Instructor and Powerboat Instructor.

In 2008 he retired and moved back to Barry with the aim of developing a water activity center in Darry Dock.

Alun Cairns was elected as an Assembly Member in 1999, where he developed a particular interest in Special Educational Needs.

He completed an MBA as a mature student, specialising in inward investment policy. He was Economic Spokesman for the Conservative Party in Wales
He was elected as the Member of Parliament for the Vale of Glamorgan in 2010.

He lives in the constituency with his wife Emma, and with their son.

Before being elected he worked for Lloyds Bank for more than 10 years – mostly in business development.
He’s passionate about the community and wants to play a part to help change it for the better, hence his wishing to be a trustee of the Ocean Watersports Trust, to regenerate the docks for the youth of the Vale of Glamorgan, and the general public.

Jane was educated at the University of Kent, the London School of Economics and Bristol University, she is also an Honorary Fellow of University of Wales Institute Cardiff.

Prior to her election to the National Assembly for Wales, Jane was director of Chwarae Teg (Fair Play) and was the Welsh member on the New Opportunities (UK) Fund and was an elected Member of the former South Glamorgan County Council.

Jane is married with two children, is a Welsh learner, and lives in Barry.

Jane has been interested in advancing the use of Barry Docks for recreational use and is pleased to be a trustee of the Ocean Watersports Trust.

Martin is an ex Barry boy, is a highly experienced leader and manager with proven delivery in diverse fields:

– Higher Management of Defence: International Cooperation programmes: aviation operations/safety management, aviation training management/delivery: higher education management/delivery;
He recently retired from the Royal Navy, where he was Commander of the Fleet Air Arm, based at Yeovilton.

He is now Clerk of The Worshipful Company of Bakers.

Chief Executive/General manager of a Livery Company of the City of London. With oversight and direction of all Company activity, including HR and financial management, strategic planning, charity management and property portfolio.