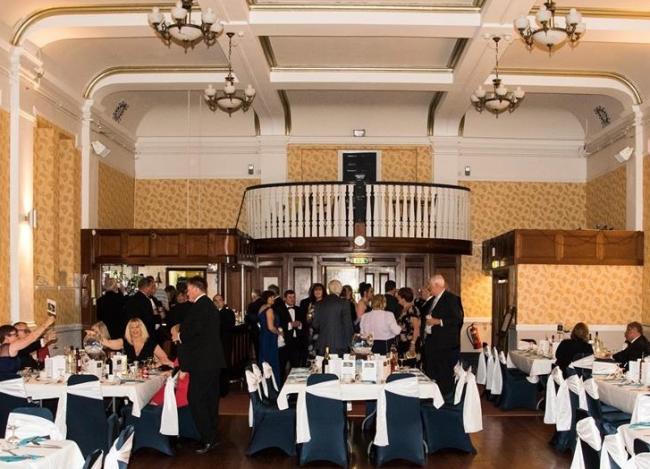 THE first fundraising dinner of the Barry Community Water Activity Centre (BCWAC) raised £1400 for the charity as it launched its Patrons Scheme on Saturday, June 18.

The black-tie event at the Barry Masonic Hall, on Broad Street, celebrated the first anniversary of the opening of the slipway at the Waterfront site.

The architect’s plan of the new building were projected onto the sails of a Mirror Dinghy that had been installed in the hall.

An aerial video of the site was shown.

Guests were welcomed by BCWAC chairman Chris Basten who described the work so far to open the centre on the Mole, on Barry Waterfront, create a slipway, fit out temporary cabins with toilets, showers, changing and training rooms.

Mr Basten reported on the success so far which has resulted in thousands of youngsters getting afloat and more user groups joining than anticipated in such a short time. He asked guests for their support in fundraising towards creating an iconic permanent building within the next five years that Barry can be proud of and will cater for even larger numbers of users. The new building is intended to reunite Barry with its’ heritage for future generations.

Barry man John Haskell entertained guests with an after-dinner illustrated presentation of how he and friend Jamie rowed the Atlantic Ocean in 45 days – raising money for charity.

Mr Haskell then outlined his next intrepid adventure which is to kayak down the River Amazon and welcomed the opportunity to train at BCWAC and inspire the youngsters.

Barry Round Table chairman Dave Beadle presented a cheque for £120 to the BCWAC chairman and became a BCWAC patron.

Fundraisers and patrons are invited to a special site visit on July 9 and a public open day is planned for September, 10.