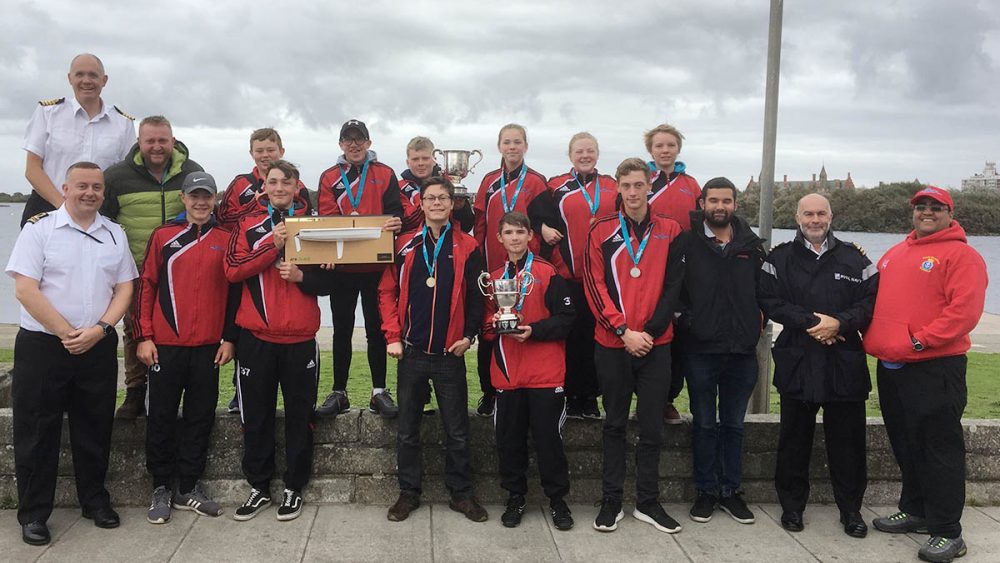 This weekend two Sea Cadets from Barry, who train at the Barry Community Water Centre in Barry Docks, traveled to Southport, Lancs to sail in the Sea Cadets National Sailing Regatta and returned as Champions in the Quest Class.
Able Cadet Richardson and Cadet 1st class Edwards had qualified through district and area competitions and this was their third appearance at the National event. Saturday saw some good racing as the wind picked up causing many capsizes but the boys scored three first places and a second place to put them in the lead at the end of the first day. Forecasts of high winds meant that Sundays racing was cancelled, so they were able to celebrate their victory on the Saturday evening.
Cadet Edwards said “ I am extremely happy and proud to be national champion with Jake, it proves that all the hard training has paid off. I wasn’t expecting a win it feels amazing” The prizes were presented by the Captain of Sea Cadets – Captain Phil Russell RN 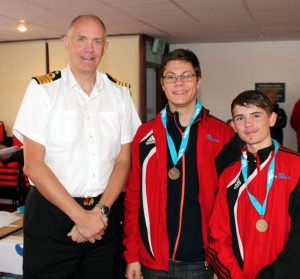 The South West Area team, of which the boys were a part, also won the overall Dinghy Trophy.