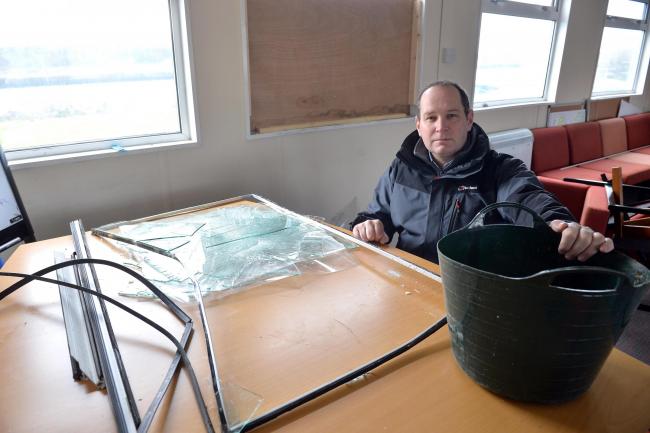 Vandalism at the centre

THOUSANDS of pounds worth of damage has been caused to a Barry charity centre in what staff have said is the 10th break-in since they opened 18 months ago.

The Barry Community Water Activity Centre, which hosts water-based activities for schools, disabled groups, youth clubs and the general public, was targeted over the weekend.

Centre manager, Keith McIntyre said: “We’re becoming a black-spot. This is getting daft.”

Intruders entered the activity centre (BCWAC), at the Mole, No 1 Dock, Barry, sometime between 7pm on Sunday, January 29 and 11am on Monday, January 30, forcing entry to a locked shipping container and stealing an orange petrol-driven pressure washer and an orange Stihl petrol engine strimmer.

Damage was also caused at the main communal building on the site, with windows smashed, boats and kayaks removed from their storage racks and equipment ransacked.

Chairman, Chris Basten said the intruders had used children’s life jackets to protect themselves when smashing windows to gain entry and even rummaged through the First Aid Kit.

He said: “We estimate several thousands of pounds of damage.

“It’s frustrating and disappointing after all the work done by the volunteers. Everybody gets really upset. All that work is just destroyed.

“We have got a good security fence, but they are still getting in.”

He added that the community, Barry Town Council, and the Welsh Government, had given support which had been appreciated by all involved with the centre.

Mr Basten said: “People have been amazing. Even with all the damage that’s been done people are still using the centre.

“We are not going to let people to interrupt the activities no matter what happens. We will overcome.”

Anyone with information about the burglary or items stolen should contact police via 101, quoting reference 1700037918.

Article with thanks to the Barry and District news paper.